Home Pakistan Outside WAPDA Office Chilas, the leaders and members of the Graduate Alliance...
Pakistan

Outside WAPDA Office Chilas, the leaders and members of the Graduate Alliance recorded a peaceful protest on January 27, 2021 regarding recruitment and other benefits in the Diamer Bhasha Dam Project. Later, the heads of divisional and district administrations in the committee room of WAPDA Office Chilas, 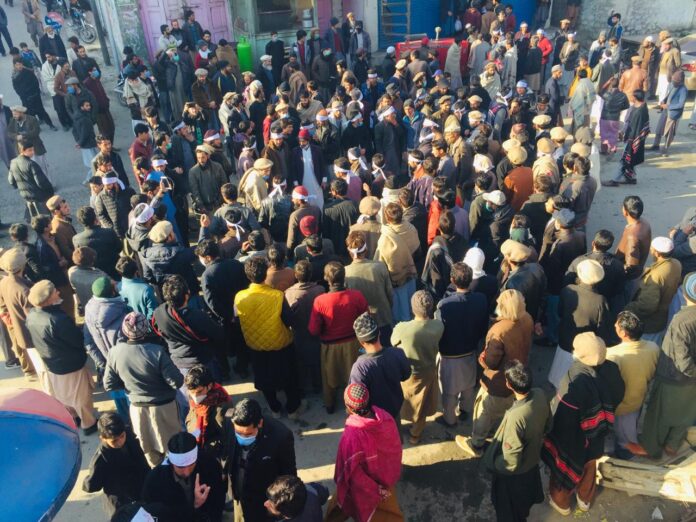 Outside WAPDA Office Chilas, the leaders and members of the Graduate Alliance recorded a peaceful protest on January 27, 2021 regarding recruitment and other benefits in the Diamer Bhasha Dam Project. Later, the heads of divisional and district administrations in the committee room of WAPDA Office Chilas,

In the presence of SP Diamer, scholars, Diamer Grand Jirga, and officials of intelligence agencies, the WAPDA officials, after listening to the demands and concerns of the graduates point by point, agreed on a 9-point agenda through negotiation process. Expressed.

During the talks, the legitimate demands of the graduates were acknowledged by WAPDA while the Ulema and the Grand Jirga headed by the Divisional and District Administration acted as mediators.

This successful negotiation process has not only thwarted the aggressive and nefarious intentions of the anti-national elements but also sent a clear message to them that the people of Diamer, including Pakistan, WAPDA and all institutions are on the same page At the cost, the dam has to be completed without any hindrance.

WAPDA believes in peaceful dialogue process from day one and from day one, WAPDA has been sending a clear message regarding the problems of the Diamer people that their doors are open for such positive dialogue. As far as the graduates are concerned, WAPDA had accepted their legitimate demands long ago but the graduates were having difficulty in understanding which was explained in the presence of the jirga.

WAPDA values ​​the sacrifices of the dam victims and has always strived to do its utmost for the development of the region for which WAPDA is still pursuing the said reform agenda under its policy.

Kohestan .Accident with chains, The Pakistani Foreign Office in its statement termed the incident as an accident and said that the bus carrying the...

Kohistan (Hunza News Online.) Rescue operation is underway in Kohistan Dasu incident. The injured are being airlifted to various hospitals. 13 injured have been...
Read more
Pakistan

The Government intends to undertake several projects for hydel power generation, enhancing tourism connectivity and imparting vocational training and granting scholarships for the youth. The Finance Minister affirmed full support and facilitation for the aforesaid Package on the occasion.
Read more
Pakistan

Diamir .There are that part of Karakoram Highway is located in Diamer District of Gilgit-Baltistan. Where the same part is considered more frightening and...

Report: Hussain Ahmad CHILAS: Considered to be the eighth wonder of the world, the...
Read more

Newspaper is your news, entertainment, music fashion website. We provide you with the latest breaking news and videos straight from the entertainment industry.